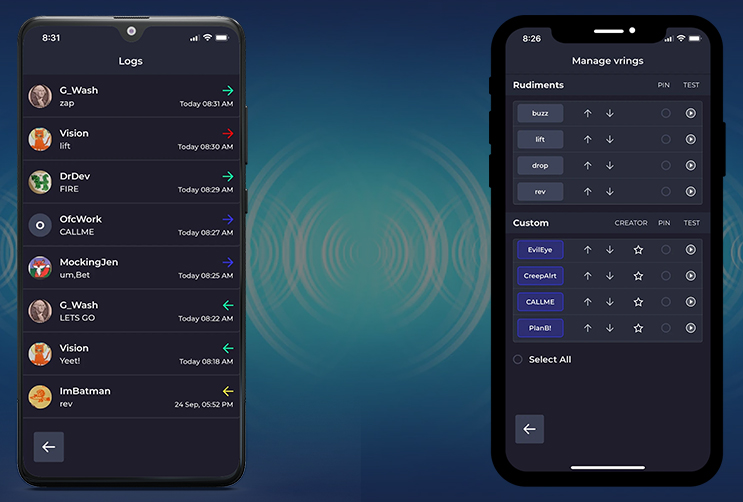 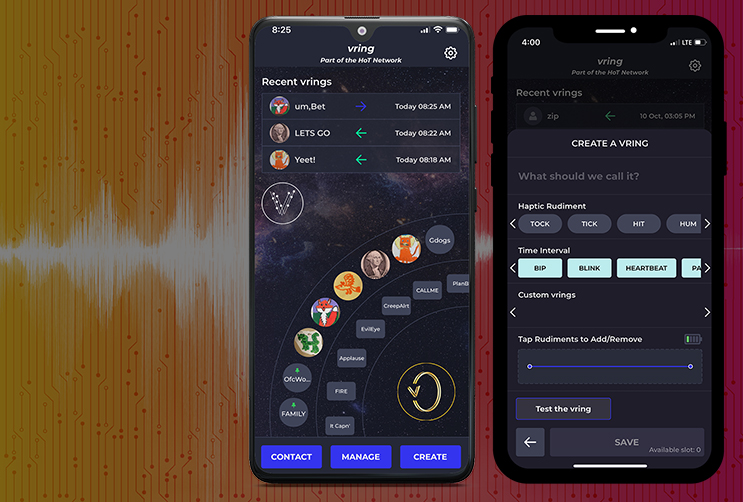 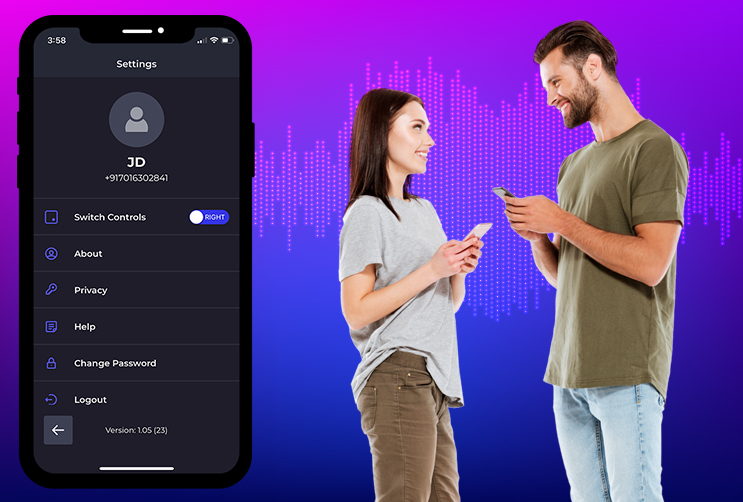 A client in the communication field was looking to develop a communication application that went beyond usual texting and chats. They wanted to create a unique experience for each of their customers by means of a new way to communicate-through vibrations. In a nutshell, the client wanted to build an app that could connect people without talking.

The client approached AllianceTek to make a communication app compatible with both iOS and Android devices, which could facilitate communication between users by means of vibration instead of texting. The client wanted individuals to develop their own language by combining a predetermined set of vibration patterns. They also wanted to include other patterns such as scheduled Motifs that could trigger them without opening the app using hardware buttons.

Since the client had worked on some pilot projects with AllianceTek before, they were satisfied with our quality of work. The client found AllianceTek from Clutch.co based on their excellent track records and client reviews. They discussed the project with the CTO and technical team at AllianceTek and were confident enough to move forward with the project.

The client wanted the application to have recurring schedules for the Motifs (predefined messages) and activate them using hardware buttons, without the need to launch the app on both iOS and Android.

The team of AllianceTek understood the concept and put it into execution by adding volume up and Down keys events to trigger the Motifs. The application also allowed the users to set up a list of contacts and a library of Motifs, all of which could be scheduled in advance and sent at a certain time. We also allowed for the configuration feature for the user. Users could send Motifs on these Volume button occurrences without unlocking or turning on their device's screen. Users could also create their own vibration patterns called Vrings and form their own language using the fundamentals of vibration patterns. They could send and receive Vrings just like text messages.

The platform was very unique compared to any other projects and needed a very good understanding of how iOS and Google android OS works internally. There is no volume up/down change event in iOS. The only available audio-related event is a volume change. It was required to determine if the event was an up or a down event.

The team of AllianceTek customized the app for both Android and iOS devices. We were able to identify the modification using the most recently saved volume. If the present volume was higher than the previous volume, we considered it a UP event; otherwise, we considered it a DOWN event.

What Value Did AllianceTek Provide to this Project?

How did we manage large-scale projects from idea to completion?

AllianceTek is fantastic to work with. They are a team of true professionals. You will become friends with the people at AllianceTek. Not only do I recommend them for your projects, but I am going to use them again. They know what they are doing, they give suggestions, and anticipate potential issues. I am so happy to have crossed paths with this fine group of professionals.

As an IT partner and solutions provider, AllianceTek will help you follow your objective and implement strategies that are unique to your business to see it through to completion – we don’t just follow instructions, we unleash the full potential of your vision. AllianceTek employs a global team of more than 100 skilled developers and consultants who approach every project holistically, giving full around-the-clock attention to understanding our clients’ needs and providing comprehensive, scalable and extensible development roadmaps.
Know more »

Your inquiry is submitting. Please wait for a while…